When the Titania Empire sets out to conquer the prosperous world, creating unrest across the land, a young adventurer sets out from his hometown, unaware of the twist of fate that awaits him.

On a planet very much like our own, culture and society prospered thanks to the legacy of an ancient civilization called the Crystal. The Titania Empire has set out to conquer the world, craving power at the cost of peace. The entire planet is on the verge of falling under their control, with the southern continent already being taken. Frustrated with the state of the world, a single young adventurer sets out from his hometown, unaware of the twist of fate that awaits him…

Luce is the outspoken daughter of the village chief. She grew up with the hero and has always loved him, but has never been able to confess her feelings. Luce begins to panic when the hero becomes quite popular with other girls. To win his love, she’ll do anything…

Meiko is the well-endowed and slightly dangerous daughter of a good family. When her home country was caught in the flames of war, Meiko escaped by herself and arrived at the hero’s village. However, due to her previous trauma, Meiko has an intense fear of men. 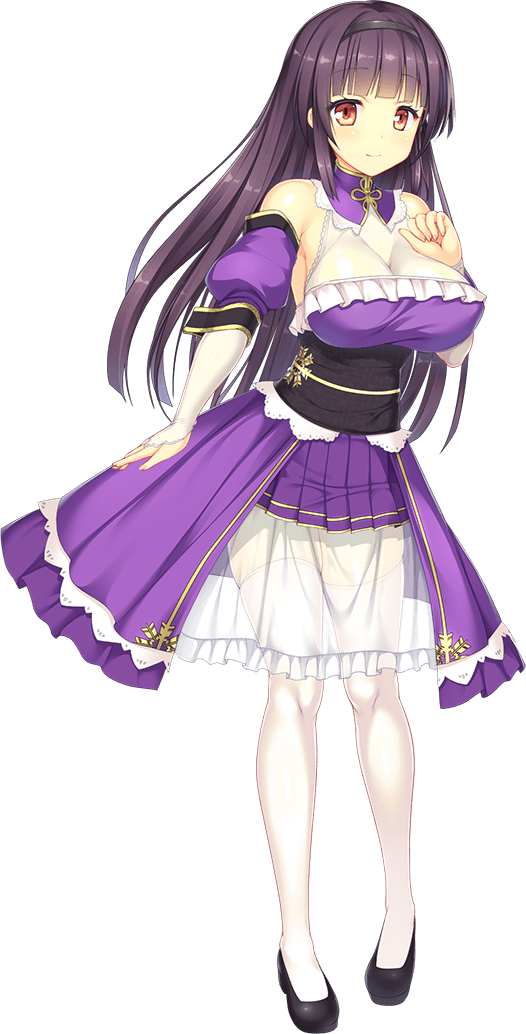 The daughter of the chief of a tribe at sea, Mimmi is a calm and collected woman. Her father went missing, so she had to take up the reins as the new leader of their ship. She has garnered the trust and respect of her fellow sailors because of her capable abilities.