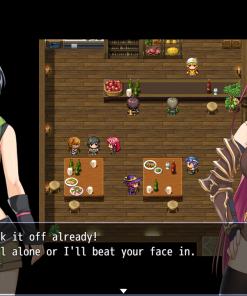 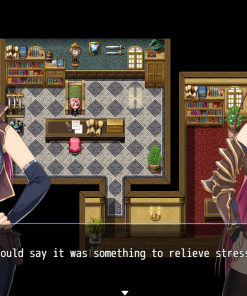 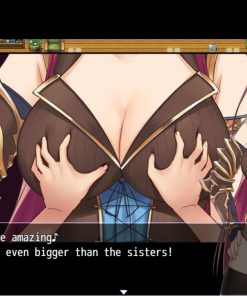 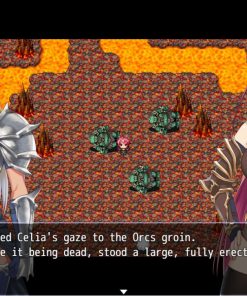 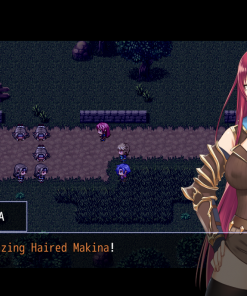 Fallen takes you on an adventure with Makina into the Ruins of Gardona. What fate awaits Makina and her friends as they travel around Gardona and descend further into the ruins? Find out in this RPG brought to you in native English!

Rumors of mystery, treasure, and adventure have been spreading across the land about the Ruins of Gardona. It has brought many travelers and adventurers to the city, including Makina, a renowned swordswoman known throughout the kingdom. However, there’s something amiss about this place…

The citizens of Gardona seem to be acting strangely, growing more and more deviant. Could this have something to do with the ruins? It’s up to Makina to explore the city and find out what could be causing these abnormalities. Maybe she will find her answers deep within the halls and catacombs of the ruins. Or perhaps, she too will succumb to the spreading corruption…

The heroine of the story. A renowned swordswoman known for her fiery red hair and unmatched skills in combat, she’s earned the title amongst the citizenry as, “Blazing Haired Makina.” While she cares little for titles or formalities, she understands the weight her name carries.

Makina’s travels over the years have made her cynical, but she still has a soft side; she can never leave someone in need of aid. She prides herself on being a strong woman, never to be taken advantage of in a world dominated by men. This was until she arrived in Gardona… 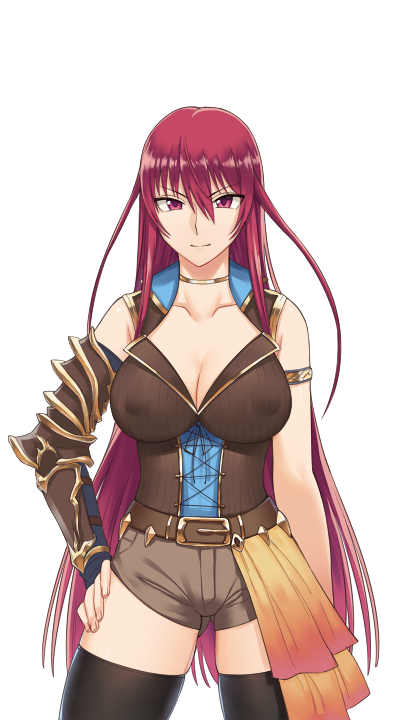 An amateur adventurer and Makina’s biggest fan. She came to Gardona searching for her big break, so that she could one day be like her idol, Makina. Momo has a kind and pure heart, but it’s also what makes her naive. She also has doubts whether she is cut out to be an adventurer. However, she’s willing to do whatever it takes to reach her goals, even if it means losing her purity. 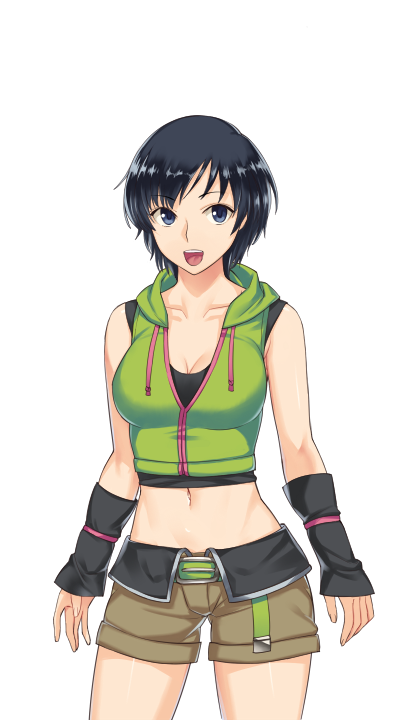 The Airheaded Knight. She was sent from the kingdom to investigate the Ruins of Gardona. She has a strong sense of justice, giving her an affinity with Makina. While a competent fighter, like many knights before her, Celia most likely obtained her position through nepotism. She has a penchant for over-focusing on her objectives. It is because of this flaw, that it wouldn’t be surprising if she forgot the entire reason she came to Gardona in the first place. 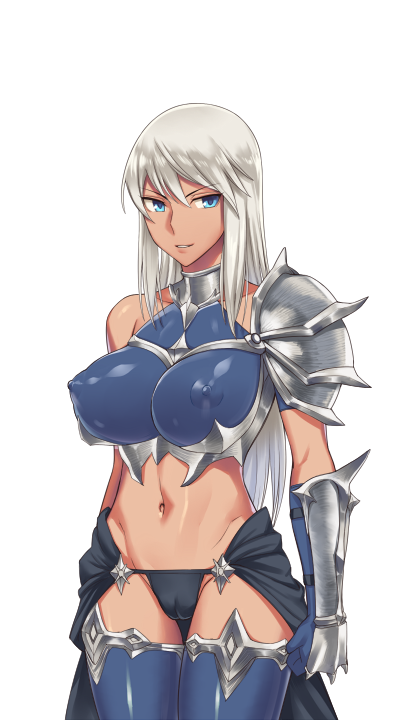 The Guildmaster. Irina has been tasked with controlling the influx of travelers and adventurers entering the ruins. The influx has caused chaos within Gardona, and she has no intentions of letting the city succumb to anarchy. However, not everyone within her guild is on the same page, and she has one subordinate in particular whose incompetence she finds unbearable. Irina definitely has her hands full. 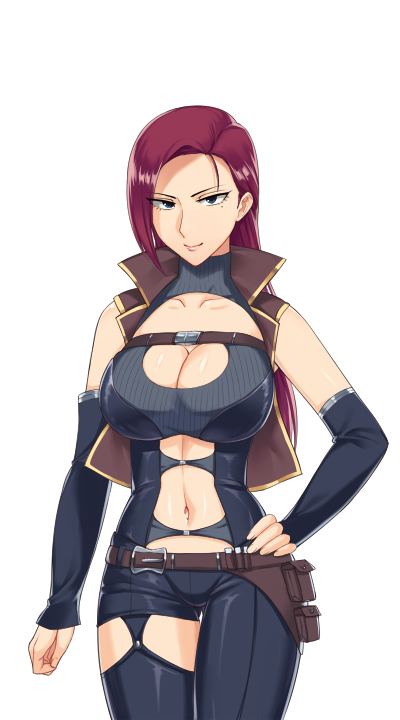 The Leader of the Bandits. Bardo is as overconfident as he is narcissistic. All bravado and no bite, him and his gang usually prey on weak travelers and adventurers in and around the city. Having never seen a woman he didn’t want to loot and rape, Bardo is a true parasite. 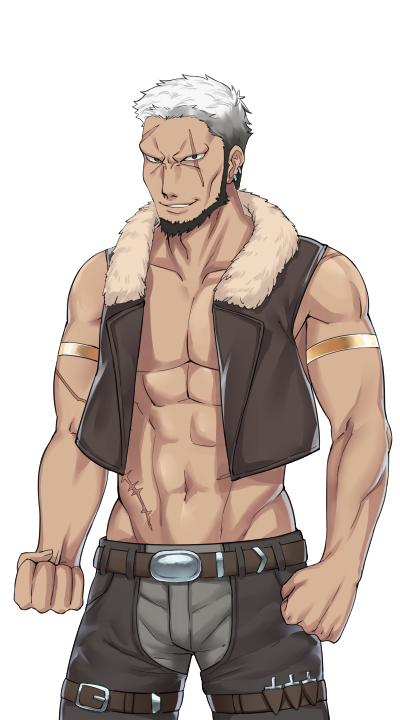 Fallen ~Makina and the City of Ruins~ – Official Trailer 2

Fallen ~Makina and the City of Ruins~ – Official Trailer

Fallen ~Makina and the City of Ruins~ Steam and GOG Patch v1.07.2

1 review for Fallen ~Makina and the City of Ruins~